The easiest way to find a professional fishing guide in South Texas. 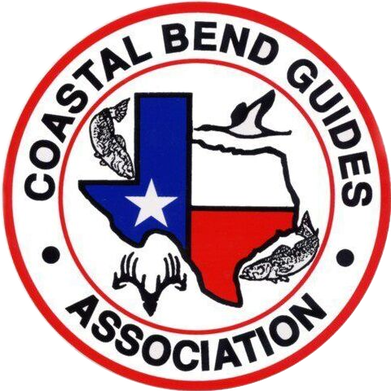 Are you a Guide?

Join the CBGA and become a part the Community.

The Coastal Bend Guides Association is a 501(c (6) organization comprised of a voluntary group of individual businesses who have agreed to help one another achieve excellence in the areas of safety and regulatory compliance and become the gold standard of professional mariners in the Coastal Bend while giving back to the community. You can be confident in your choice that all of our members are genuine professional guides.

We Offer Everything About Guide Services

Planning your vacation to the coast should be a fun and easy task. The Coastal Bend Guides Association is here to help. You can rest assured that no matter what guide or activity you choose within our association that you will be using​ a competent and qualified professional. So check out our guides and give one a shout today.

The Coastal Bend Guides Association's mission is to maintain a regional organization that promotes a high standard of professionalism; encourage and increase business for the license professional guides of the Texas coast; enhance public respect and appreciation for the profession; influence legislation and bureaucratic decisions by the State of Texas and federal government that affect the sport fishing industry and guide fishing profession; and, strive for conservation of our valued coastal marine resource. The CBGA is a tax-exempt organization 501(c)(6) that actively seeks and supports solutions to issues that impact the outdoor sporting industry. We are dedicated to the preservation of the environment and the livelihood of our members.

The Coastal Bend Guides Association was founded in 1989. This non-profit association was originally organized with the primary purpose of increasing awareness among guides and outdoorsman regarding the affairs of Texas legislators, and other elements of the Texas state government, that have a direct impact on the outdoor sportsman industry as a whole.

During those early years, Texas Parks & Wildlife had little opposition when passing a bill into law. As the association grew and gained more supporting members, the power of the association became more apparent. Today, Texas Parks and Wildlife considers the opinion of the Coastal Bend Guides Association's members prior to submitting a bill for legislation - especially those bills that would directly affect the outdoorsman, and related industries in general.

Through the combined effort of the CBGA and TPWD, the result is a solid working partnership.

Since its inception, the Coastal Bend Guides Association has become a leader in community interaction and helping those who are less fortunate. As a vital provider for over ten years to such organizations as Driscoll Children's Hospital and the South Texas Children's Home Ministries, the Coastal Bend Guides Association also extends a hand to those members families who have suffered a loss, or are in need of assistance.

Are you a Guide?

The Coastal Bend Guides Association is always interested in bringing new members into our organization. Becoming a member not only gets you entered into a required random drug test program as required by the United States Coast Guard but you will be included within a network of individuals that share similar concerns and values. It is a genuine opportunity to build lasting friendships and gain access to a wealth of knowledge from your colleagues. We stand as a group for or against legislation that effects our industry. Opposing something that has negative impacts on your own can be a monumental task but together we can make a difference.

Is your company be interested in sponsoring the Coastal Bend Guides Association? A monetary commitment offers you significant opportunities for distinct marketing and competitive advantages, as well as showing support of the CBGA. contact [email protected] for more information.

Planning a large event on the water and need some assistance? From four captains to forty we can make it happen. Do you know of a concern that effects the tourism industry? Let us know, we are here to help with any of your needs.